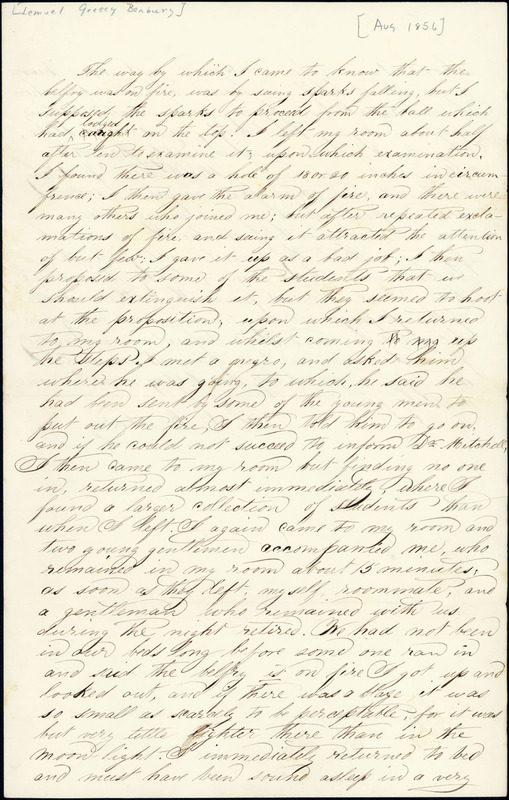 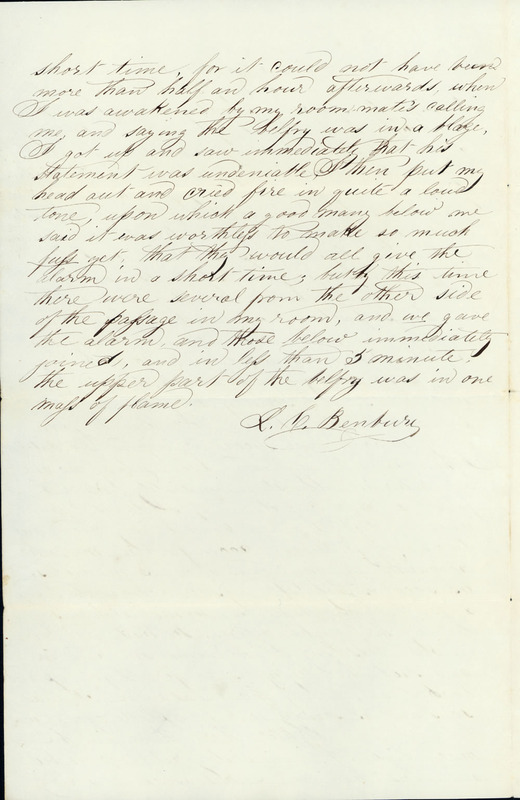 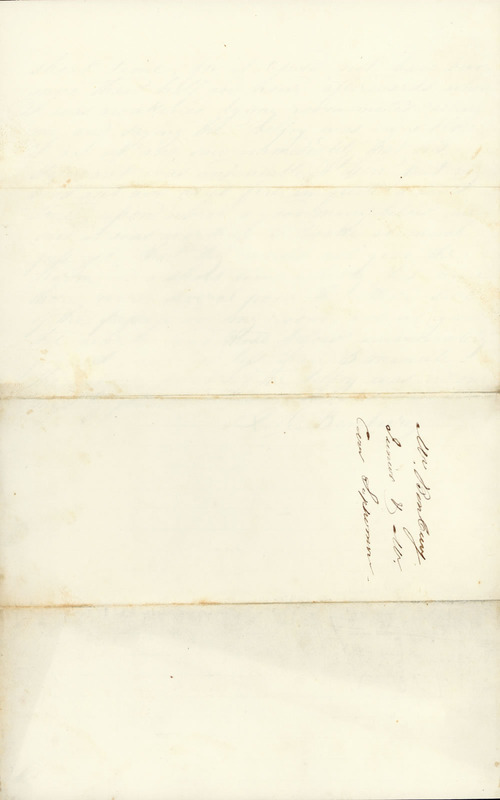 The way by which I came to know that the belfry was on fire, was by seeing sparks falling, but I supposed the sparks to proceed from the ball which had lodged on the top. I left my room about half after ten to examine it; upon which examination I found there was a hole of 18 or 20 inches in circumference; I then gave the alarm of fire, and there were many others who joined me; but after repeated exclamations of fire, and seeing it attracted the attention of but few; I gave it up as a bad job; I then proposed to some of the students that we should extinguish it, but they seemed to hoot at the proposition; upon which I returned to my room, and whilst coming up the steps I met a negro, and asked him where he was going, to which, he said he had been sent by some of the young men to put out the fire, I then told him to go on, and if he could not succeed to inform Dr. Mitchell, I then came to my room but finding no one in, returned almost immediately, where I found a larger collection of students than when I left. I again came to my room and two young gentlemen accompanied me, who remained in my room about 15 minutes, as soon as they left, myself, roommate, and a gentleman who remained with us during the night retired. We had not been in our beds long before some one ran in and said the belfry is on fire. I got up and looked out, and if there was a blaze it was so small as scarcely to be perceptible, for it was but very little lighter there than in the moon-light. I immediately returned to bed and must have been sound asleep in a very

short time, for it could not have been more than half an hour afterwards, when I was awakened by my roommate's calling me, and saying the belfry was in a blaze, I got up and saw immediately that his statement was undeniable, I then put my head out and cried fire in quite a loud tone, upon which a good many below me said it was worthless to make so much fuss yet, that they would all give the alarm in a short time; but by this time there were several from the other side of the passage in my room, and we gave the alarm, and those below immediately joined, and in less than 5 minute, the upper part of the belfry was in one mass of flame.