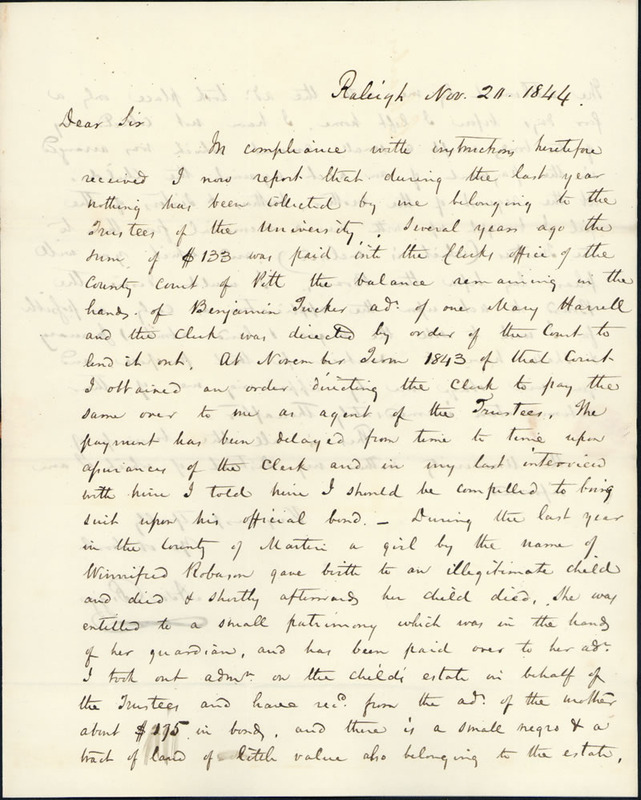 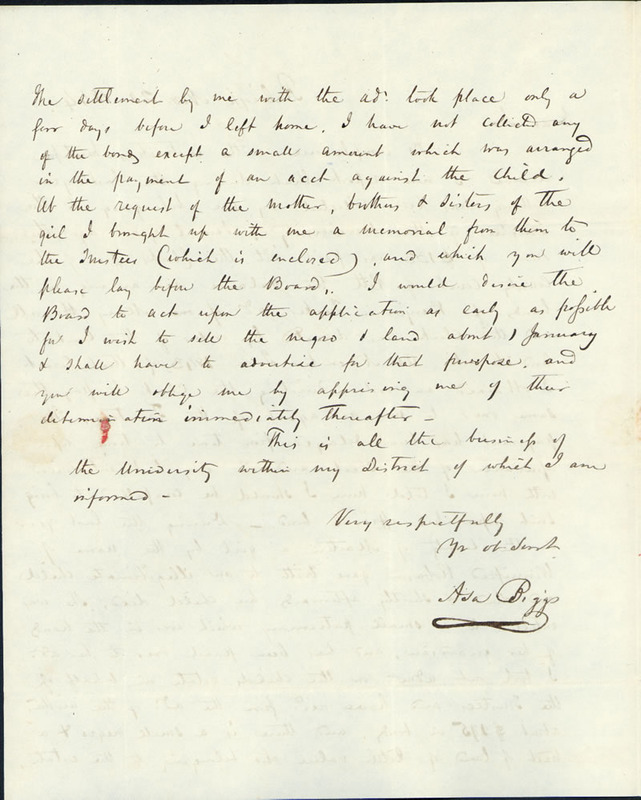 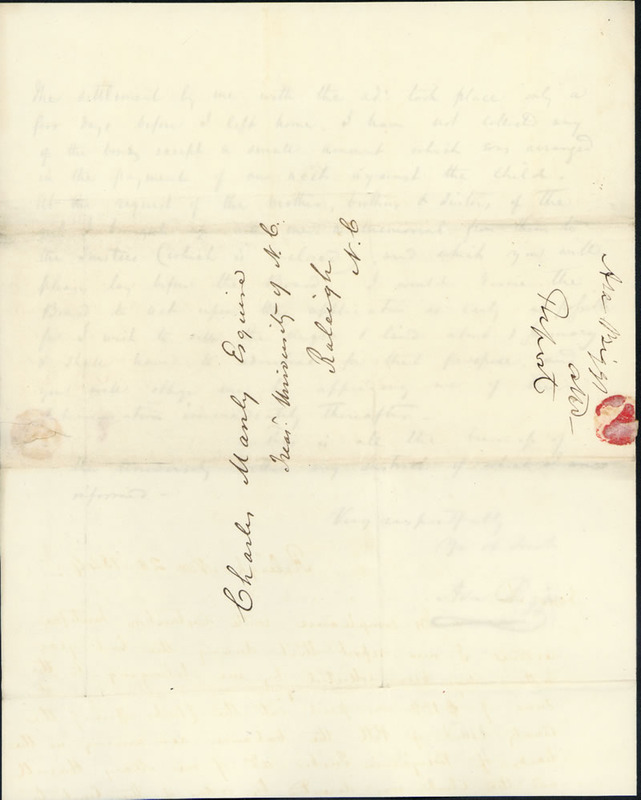 In compliance with instructions heretofore received I now report that during the last year nothing has been collected by me belonging to the Trustees of the University. Several years ago the sum of $133 was paid into the Clerk's office of the County Court of Pitt the balance remaining in the hands of Benjamin Tucker adr of one Mary Harrell and the Clerk was directed by order of the Court to lend it out. At November Term 1843 of that Court I obtained an order directing the Clerk to pay the same over to me as agent of the Trustees. The payment has been delayed from time to time upon assurances of the Clerk and in my last interview with him I told him I should be compelled to bring suit upon his official bond. During the last year in the County of Martin a girl by the name of Winnifred Robason gave birth to an illegitimate child and died & shortly afterwards her child died. She was entitled to a small patrimony which was in the hands of her guardian, and has been paid over to her adr. I took out admn. on the child's estate in behalf of the Trustees and have recd. from the adr. of the mother about $175 in bond, and there is a small negro & a tract of land of little value also belonging to the estate.

The settlement by me with the adr. took place only a few days before I left home. I have not collected any of the bonds except a small amount which was arranged in the payment of an acct against the child. At the request of the mother, brothers & sisters of the girl I brought up with me a memorial from them to the Trustees (which is enclosed) and which you will please lay before the Board. I would desire the Board to act upon the application as early as possible for I wish to sell the negro & land about 1 January & shall have to advertise for that purpose, and you will oblige me by apprising me of their determination immediately thereafter.

This is all the business of the University within my district of which I am informed.