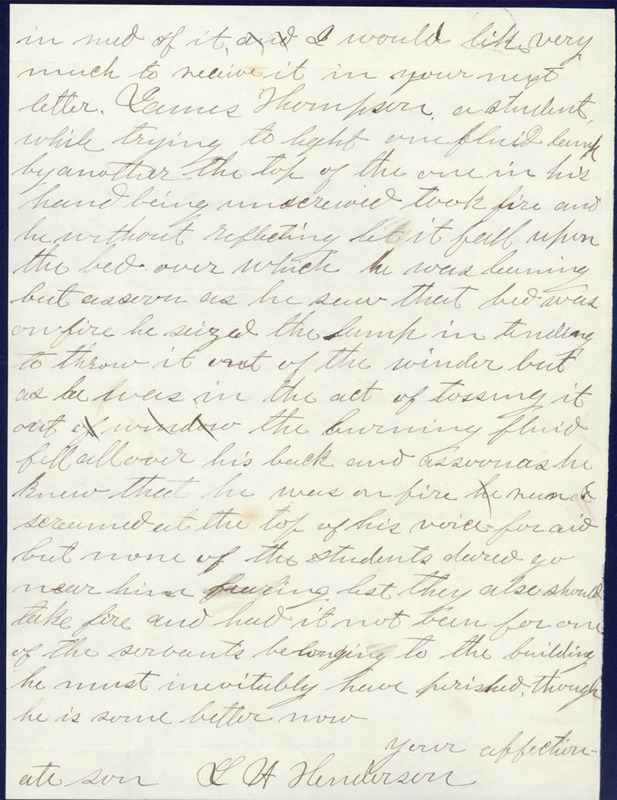 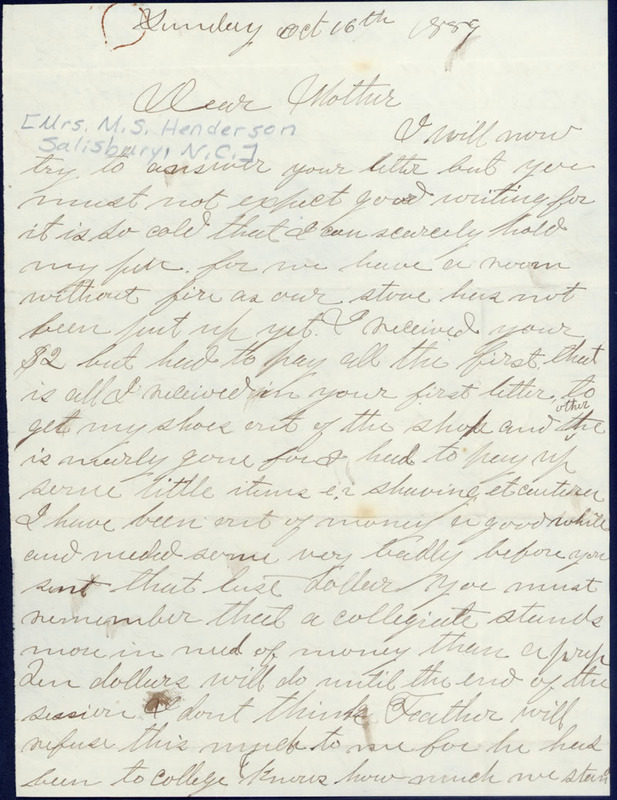 I will now try to answer your letter but you must not expect good writing for it is so cold that I can scarcely hold my pen for we have a room without fire as our stove has not been put up yet. I received your $2 but had to pay all the first, that is all I received in your first letter to get my shoes out of the shop and the other is merely gone for I had to buy up some little items i.e. shaving et cetera. I have been out of money a good while and needed some very badly before you sent that last dollar. You must remember that a collegiate stands more in need of money than a prep. Ten dollars will do until the end of the session. I don't think Father will refuse this much to me for he had been to college & knows how much we stand

in need of it, I would like very much to receive it in your next letter. James Thompson, a student, while trying to light one fluid lamp by another the top of the one in his hand being unscrewed took fire and he without reflecting let it fall upon the bed over which he was leaning but as soon as he saw that bed was on fire he seized the lamp intending to throw it out of the winder but as he was in the act of tossing it out the burning fluid fell all over his back and as soon as he knew that he was on fire ran & screamed at the top of his voice for aid but none of the students dared go near him fearing lest they also should take fire and had it not been for one of the servants belonging to the building he must inevitably have perished, though he is some better now.