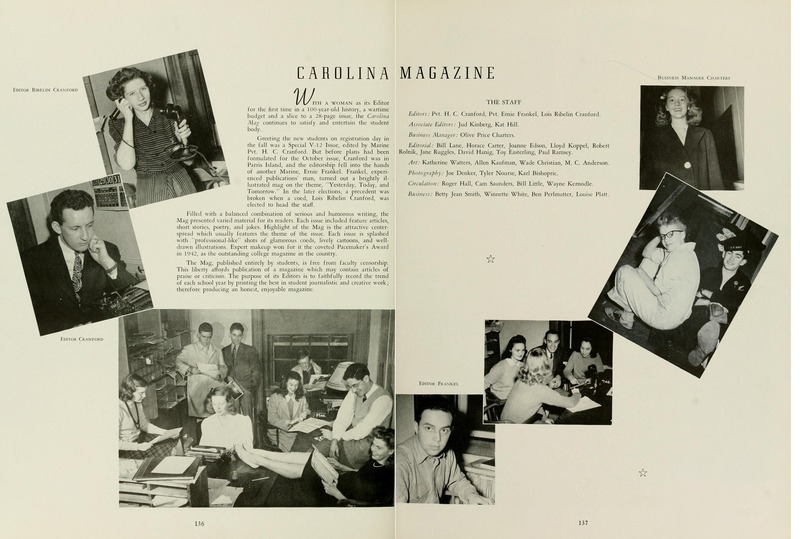 In the decades between the world wars, female students were matriculating in greater numbers at the University. “Co-eds” had limited opportunities for free expression on campus, an issue which was compounded by the sometimes problematic representation of women in humor magazines and other student publications.
During World War II, women filled many of the classroom seats left vacant by male students who had left for service in the war. In 1944, they numbered well over half of the civilian student body. The Daily Tar Heel and Carolina Magazine had their first female editors in 1943-1944. When male faculty left for the armed services or transferred to teaching in military programs, women had their first opportunities to teach in departments such as mathematics.