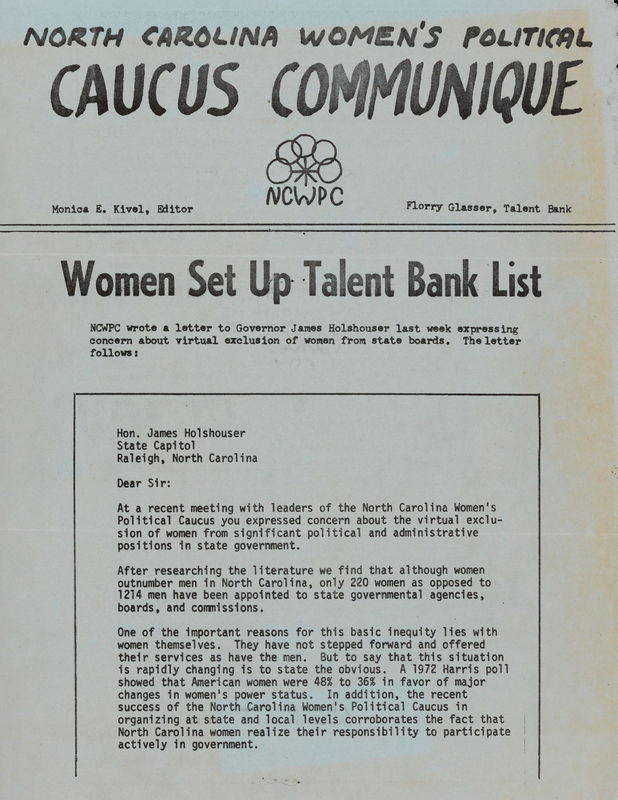 At a recent meeting with leaders of the North Carolina Women’s Political Caucus you expressed concern about the virtual exclusion of women from significant political and administrative positions in state government.

After researching the literature we find that although women outnumber men in North Carolina, only 220 women as opposed to 1214 men have been appointed to state governmental agencies, boards, and commissions.

One of the important reasons for this basic inequity lies with women themselves. They have not stepped forward and offered their services as have the men. But to say that this situation is rapidly changing is to state the obvious. A 1972 Harris poll showed that American women were 48 percent to 36 percent in favor of major changes in women’s power status. In addition, the recent success of the North Carolina Women’s Political Caucus in organizing at state and local levels corroborates the fact that North Carolina women realize their responsibility to participate in government.