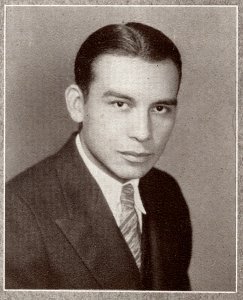 In 1930, the Swain County registrar used a literacy test to prevent Cherokees from voting. Owl presented his UNC master’s thesis as proof he could read. County officials then denied him on the argument that Cherokees were not U.S. citizens, despite a 1924 federal law that made all Indians citizens. Owl eventually testified before Congress about this discrimination, which resulted in a law that guaranteed the Eastern Band of the Cherokee Indians citizenship and the right to vote. 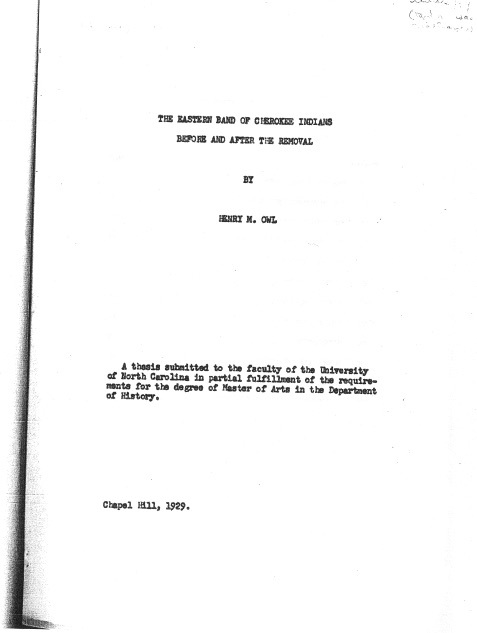 Henry Owl's master's thesis, “The Eastern Band of Cherokee Indians: Before and After the Removal,” 1929

In this brief excerpt of Henry Owl’s 180-page thesis, one can read themes of tribal sovereignty, nationhood and determination as well as discrimination.