Robeson County, North Carolina is one of the few majority-minority counties in the U.S., with Lumbee and Tuscarora Indians, along with African Americans making up two-thirds of its population in the 1980s. In the latter half of the twentieth century, segregation in the tri-racial community had diminished. Fueled by a series of unsolved murders and alleged drug-related crimes, the local population joined forces to collectively fight social oppression and political corruption. Decades of deteriorating relations catalyzed native efforts to reclaim identities and assert their sovereignty. 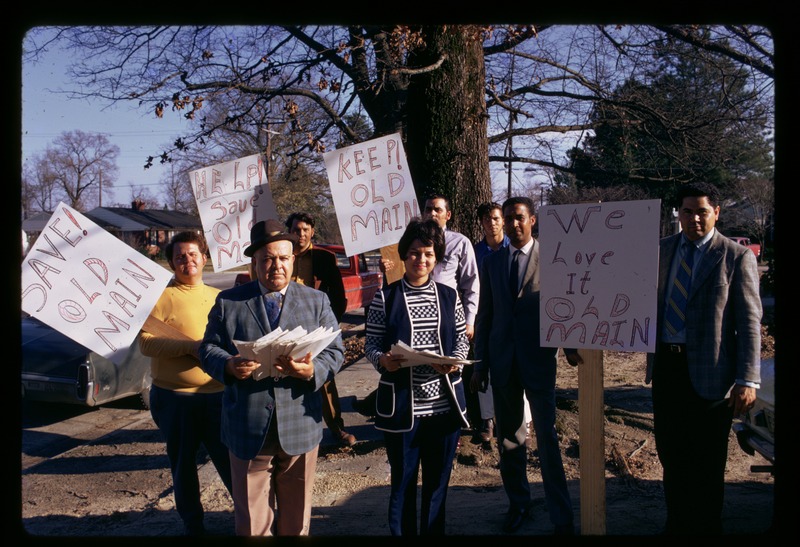 In 1972, Lumbee Indians protested the planned demolition of "Old Main," the oldest building on the campus of Pembroke State University. Not simply a university building, "Old Main" symbolized Indian cultural identity and sovereignty. The protests, like the one shown in this photograph, eventually convinced university administrators to preserve the building. Only a year later, however, arsonists set fire to "Old Main," aggravating social tensions in the decade before the hostage takeover. 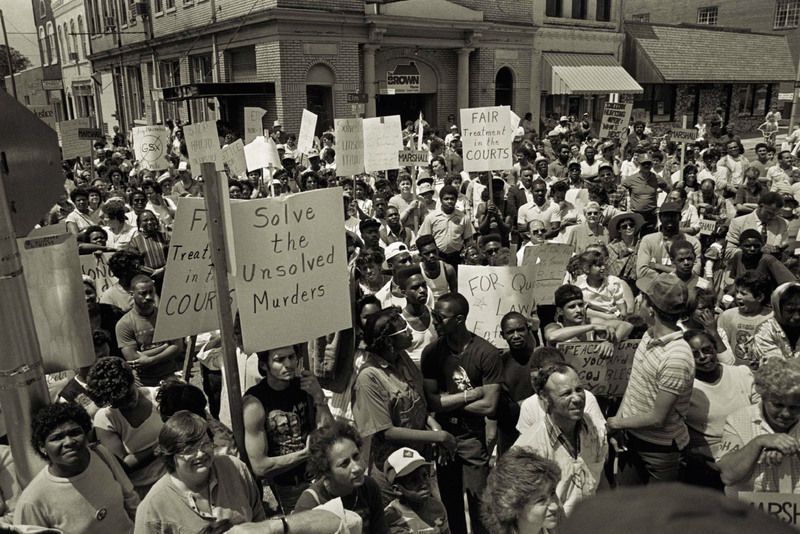 This is a photograph of the 1987 Justice Rally in Lumberton, North Carolina. Community members called for freedom, justice, equality, and jobs and marched through the town streets holding homemade banners and signs. 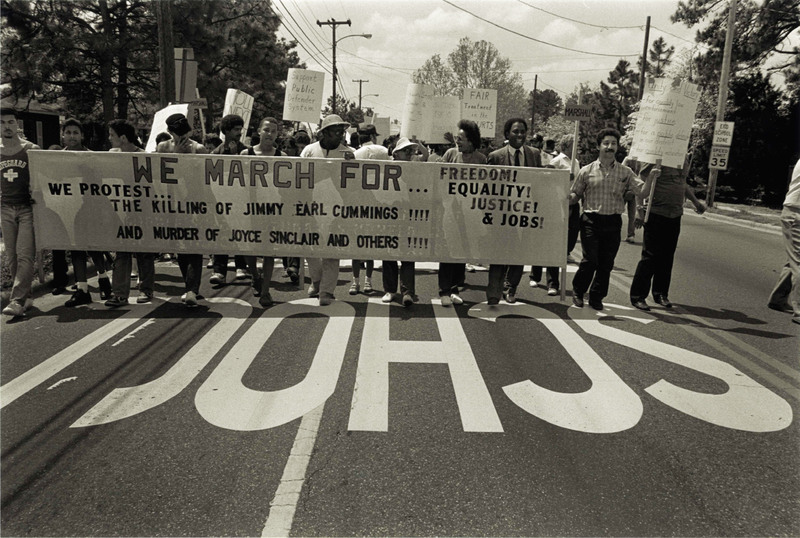 This is another photograph of the 1987 Justice Rally. Residents of Robeson County stormed the county courthouse in Lumberton to protest the unsolved murders of Joyce Sinclair and Jimmy Earl Cummings, both Lumbee, and to demand justice and quality for the local Indian population.