Who was Eddie Hatcher?

Eddie Hatcher was a Tuscarora Indian from Robeson County who was active in social reform movements throughout the 1980s. He belonged to Concerned Citizens for Better Government, a multi-racial organization working towards economic, environmental, and legal justice. Hatcher believed he had evidence that directly tied the local sheriff’s department to the drug trade, and feared that this information put his life in danger. After law enforcement began watching his apartment, he realized he did not want his life to end as another unsolved murder and acted on his own accord in order to protect himself. 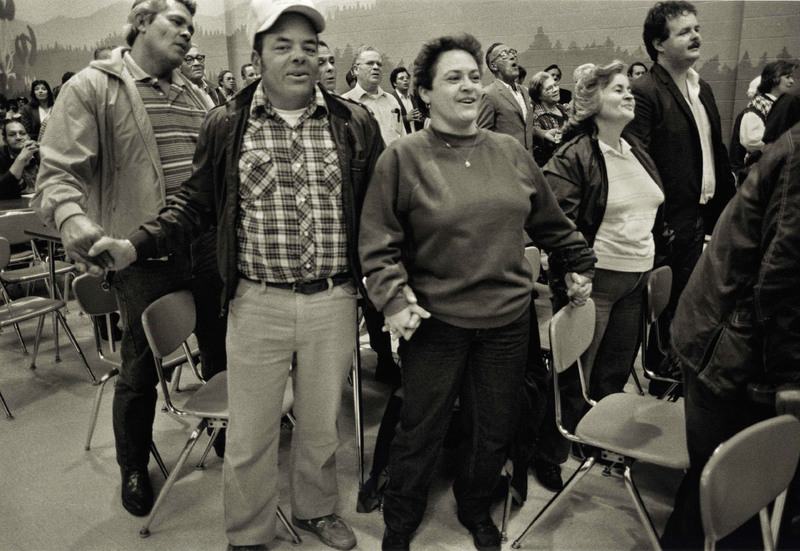 Eddie Hatcher, standing at the top right (facing away from the camera), participates in a public meeting in a county school, sponsored by Concerned Citizens for Better Government. This local organization was a leader in the tri-racial social movement against government corruption and a force for unity. 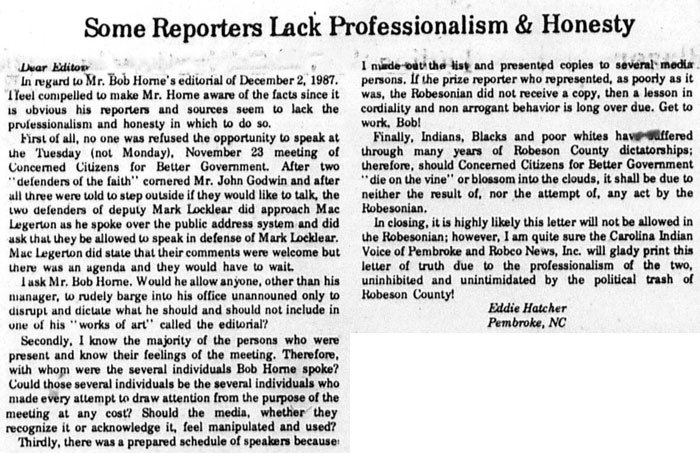 In this letter to the editor in the December 10, 1987, issue of The Carolina Indian Voice, Eddie Hatcher criticizes the newspaper coverage of The Robesonian, the major publication within Robeson County. He is particularly incensed by the lack of journalistic integrity on the part of The Robesonian's editor and accuses the newspaper of being controlled by the "political trash" of Robeson County. Hatcher’s animosity towards The Robesonian was clear, along with his recognition of the paper as a powerful voice for public opinion. 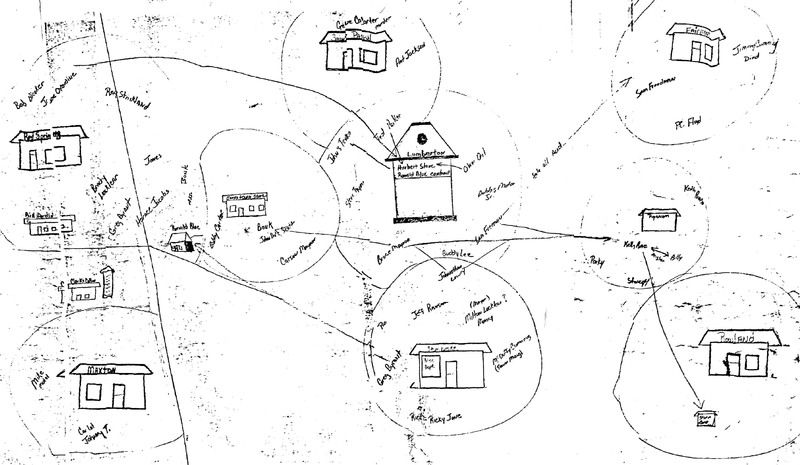 This map, in the possession of Eddie Hatcher before the takeover, depicts drug drop-off locations within Robeson County and references the involvement of many local officials in the drug trade. Hatcher felt that his knowledge of government collusion made him a target for retaliation and influenced his decision to occupy the newspaper office.