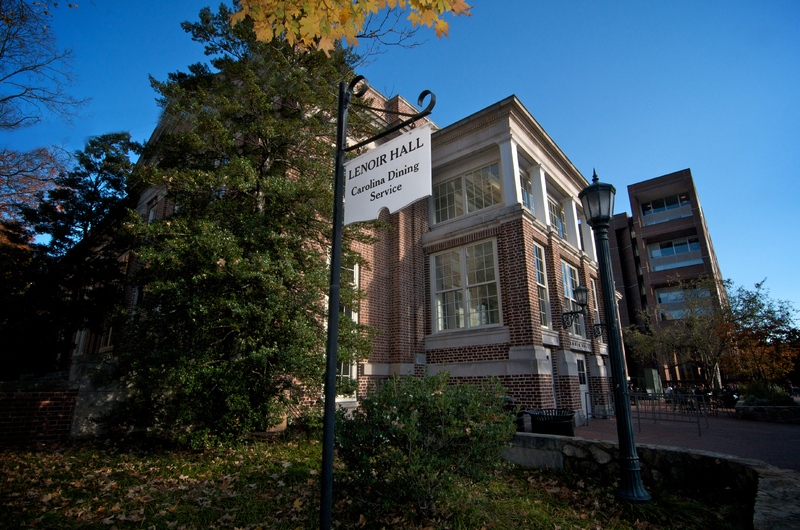 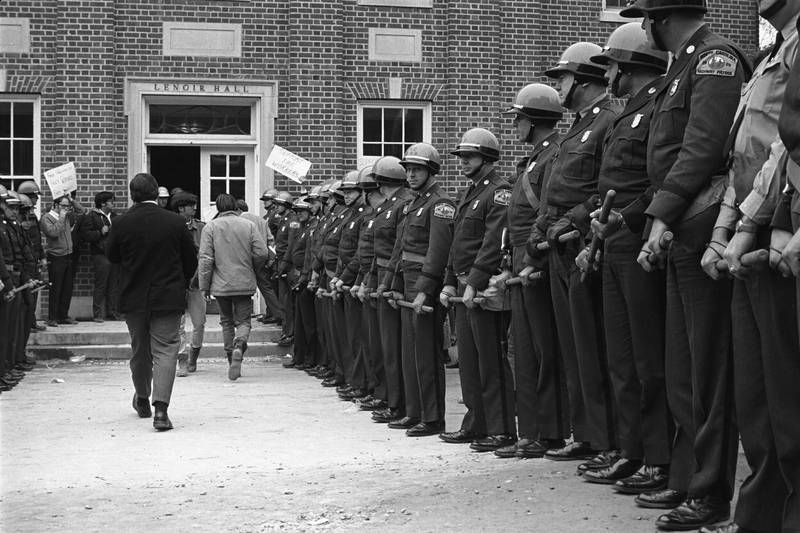 State Police at Lenoir Hall during the Food worker's Strike of 1969.

Lenoir Hall, built in 1939, was the site of a food workers strike in 1969. The Black Student Movement helped the food workers, who were almost all African American women, organize a strike to deal with issues of poor pay and treatment.  The Governor of North Carolina sent North Carolina State Highway Patrol to campus to keep the dining hall open.

The workers eventually reached a compromise that included a promise of increased wages and more black supervisors. However, the following year UNC out-sourced culinary services to an independent company, which promised to uphold the conditions and keep employees, but this was not the case.

Next: Sonja Haynes Stone Center for Black Culture and History