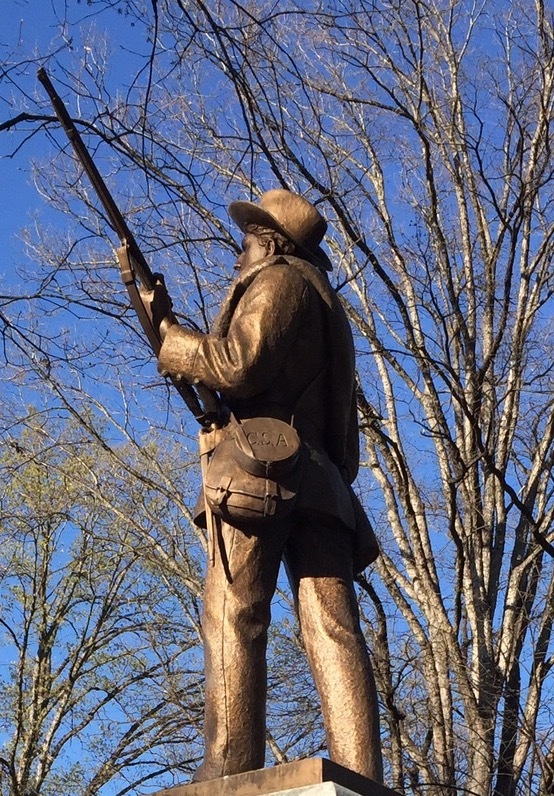 Side view of the Confederate Monument with "CSA" inscribed on the canteen.

Erected in 1913, this monument was created at the suggestion of the United Daughters of the Confederacy, who helped raise funds for it.  Intended to honor students who served the Confederacy in the Civil War, it also symbolizes the victory of white supremacy and was part of a memory-making effort that recast the South’s rebellion as an act of independence committed in the spirit of the American Revolution. 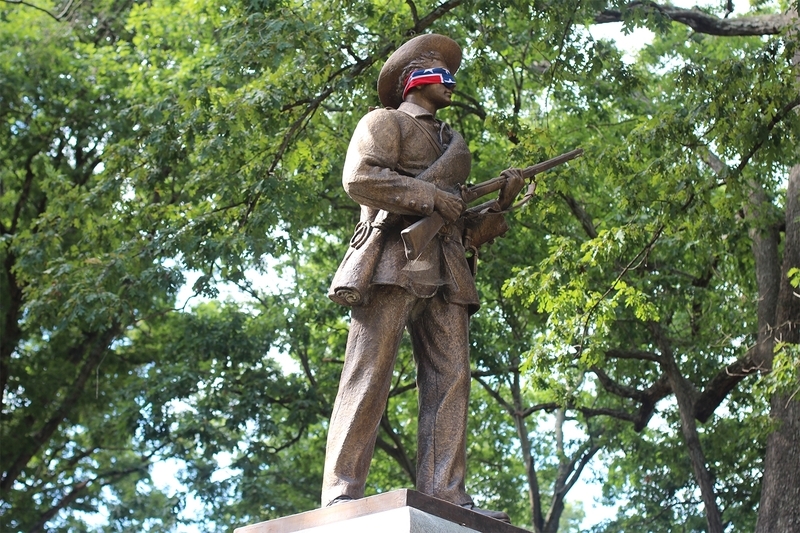 "Silent Sam" blindfolded with a Confederate flag as an act of protest.

This monument has been and continues to be a site of campus protest. For a timeline and archival resources about the monument, please visit the University Archives' Resource Guide on UNC's Confederate Monument.