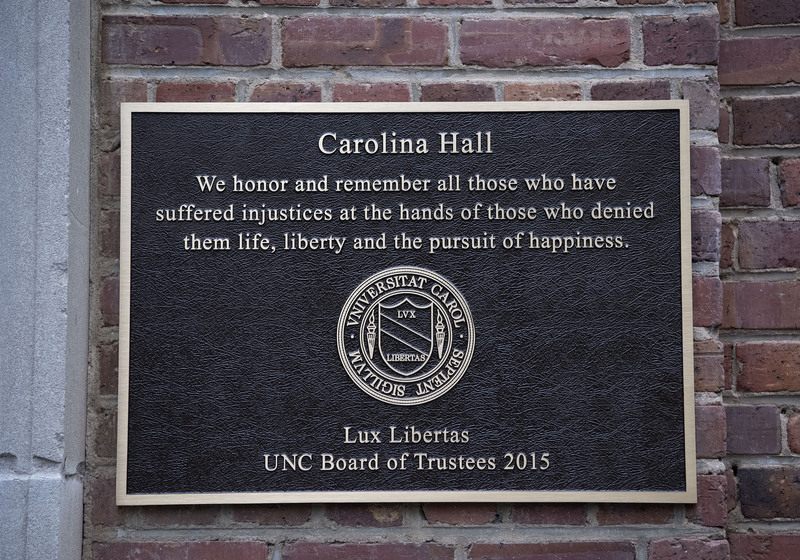 Carolina Hall plaque put into place after the renaming of the building.

Carolina Hall was completed in 1922 and was originally named in honor of alumnus William L. Saunders (1835-1891). The Board of Trustees cited his service in the Confederate army; his contributions as a journalist, politician, historian, and fellow trustee; and his leadership of the Ku Klux Klan in North Carolina during Reconstruction. 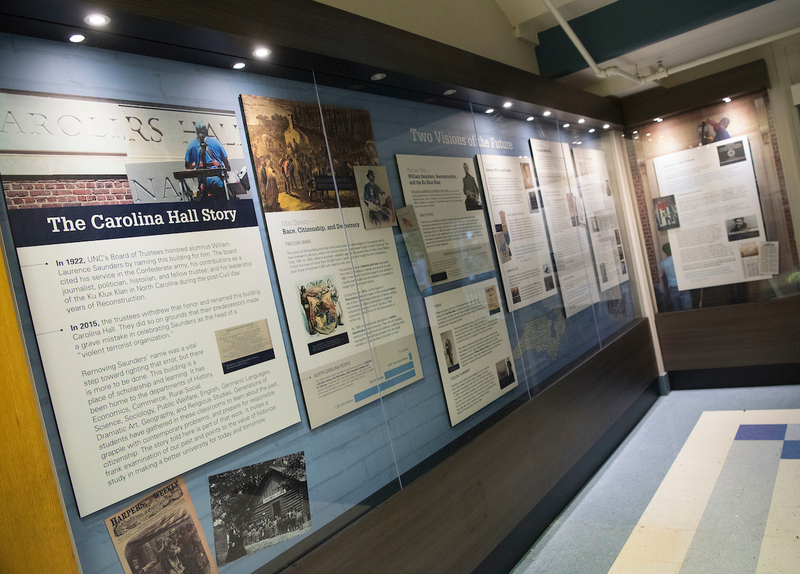 In 2014, students led an initiative to remove Saunders’ name because of his Klan leadership. In May 2015, the Board of Trustees agreed and changed the building name to Carolina Hall.