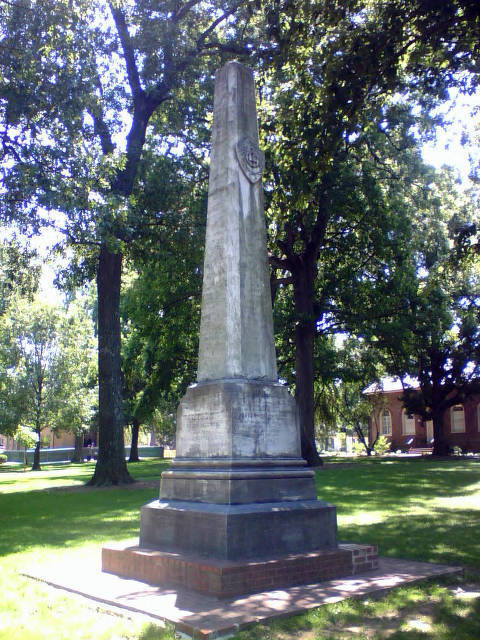 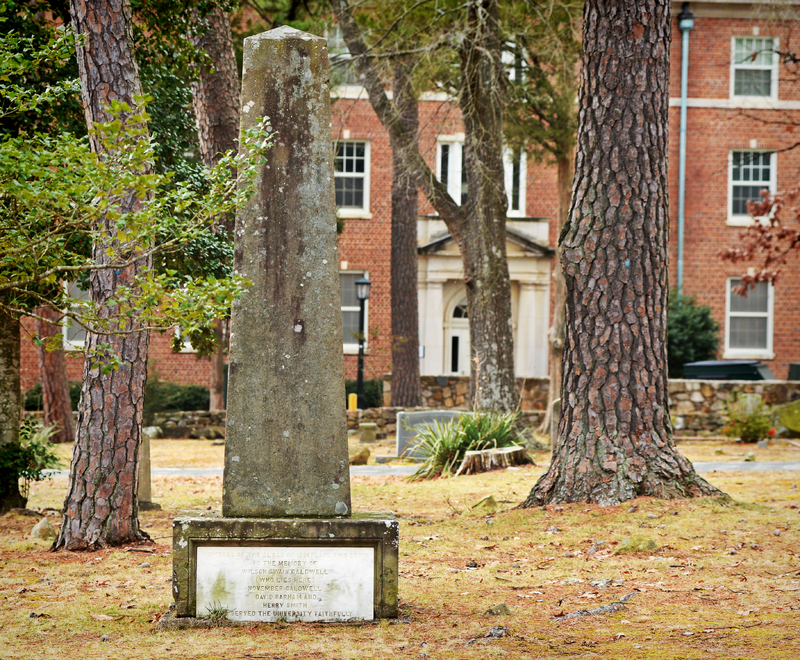 The original obelisk resides now in the Old Chapel Hill Cemetery at the grave of Wilson Swain Caldwell (1841-1898). On its side is a marker that commemorates him, his father November Caldwell, and two other university workers, David Barham and Henry Smith. The Class of 1891 organized the setup of the obelisk and the marker.

Wilson Swain Caldwell was the first African American elected to office in Orange County. Born into slavery, he opened a freedmen's school in Chapel Hill after the Civil War and later taught at one in Elizabeth City. In the mid-1880s, he won election to the Board of Commissioners of Chapel Hill, defeating UNC professor Ralph Graves. 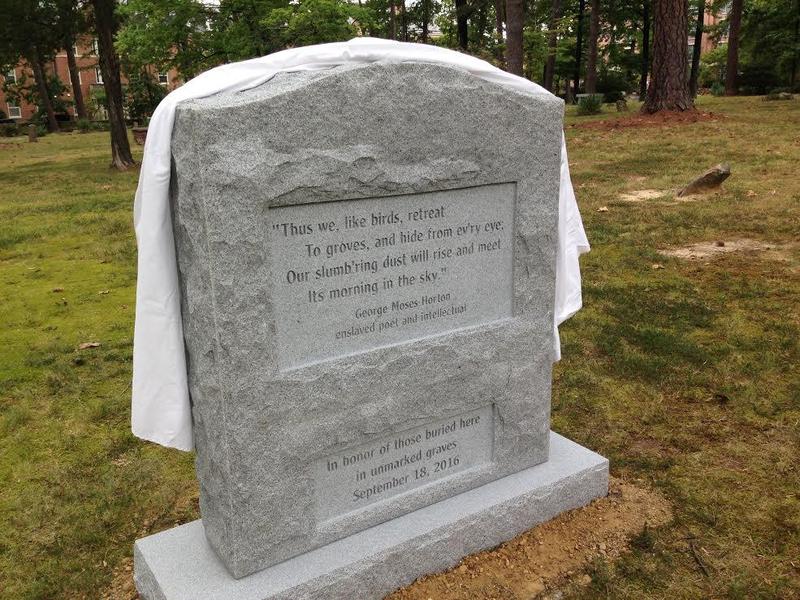 In 2016, this monument was put in at the Old Chapel Hill Cemetery to honor the African Americans in unmarked graves.

The Old Chapel Hill Cemetery dates to 1798.  Its’ African American section has more than 800 black Chapel Hillians.  Many of  their graves are unmarked, or marked with a fieldstone or plant.  There are only a few stones that identify enslaved people who worked at the university, including Dilsey Craig who was “60 years a slave in the Home of Dr. James Phillips.”