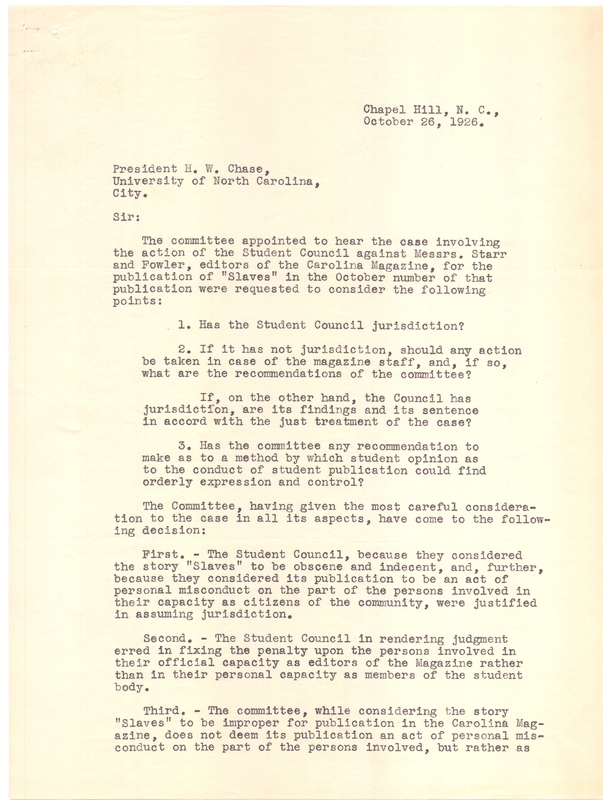 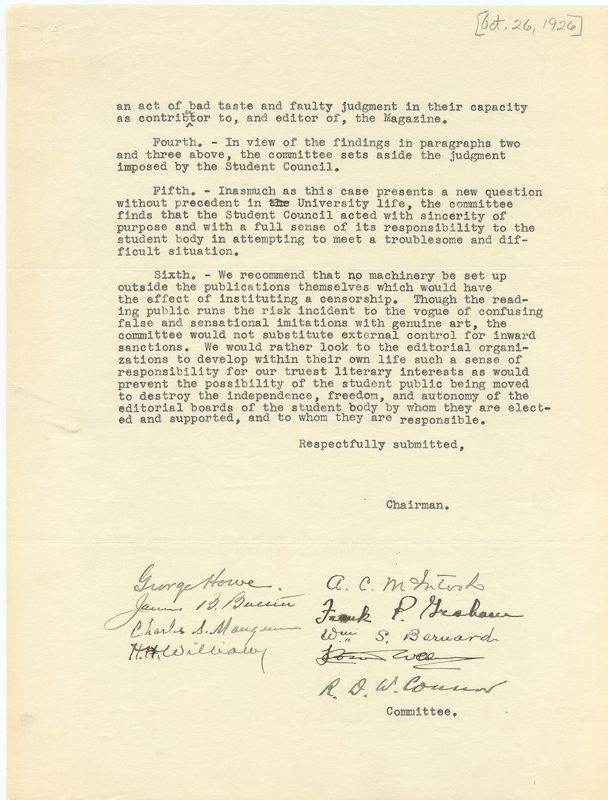 A report from the Special Faculty Committee to President H.W. Chase regarding the Carolina Magazine controversy.