Drawing, "Coeducation - As Developed at the University" 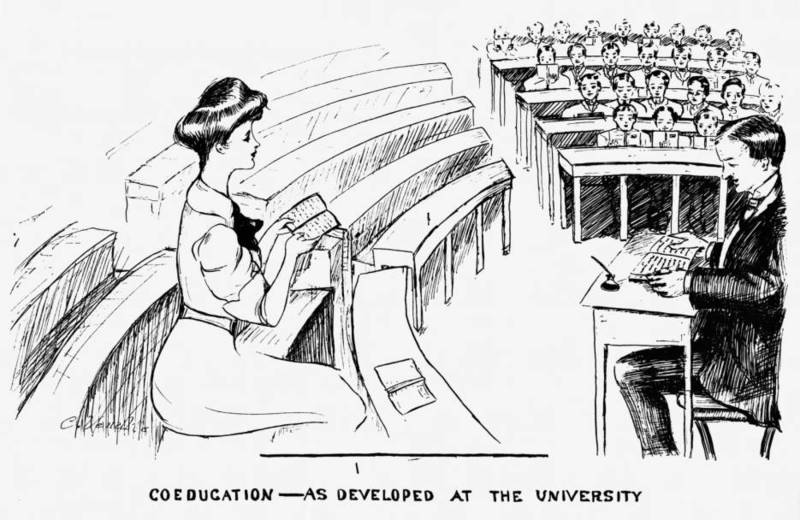 Drawing, "Coeducation - As Developed at the University"

When Edwin Alderman became university president in 1896, he called for women's admission in his inaugural address. Already known as an advocate for women's education, he came to the university in 1893 from Greensboro's all-female college. The university's trustees initially restricted women's enrollment to those who had completed college elsewhere. By 1897, five women had enrolled. Female students maintained a dignified style, usually wearing hats and gloves. In classes, male students gave women a wide berth, frequently forcing them to sit alone. They did not participate in the public commencement ceremonies but received their diplomas privately.
- caption courtesy of The Carolina Story: A Virtual Museum of University History