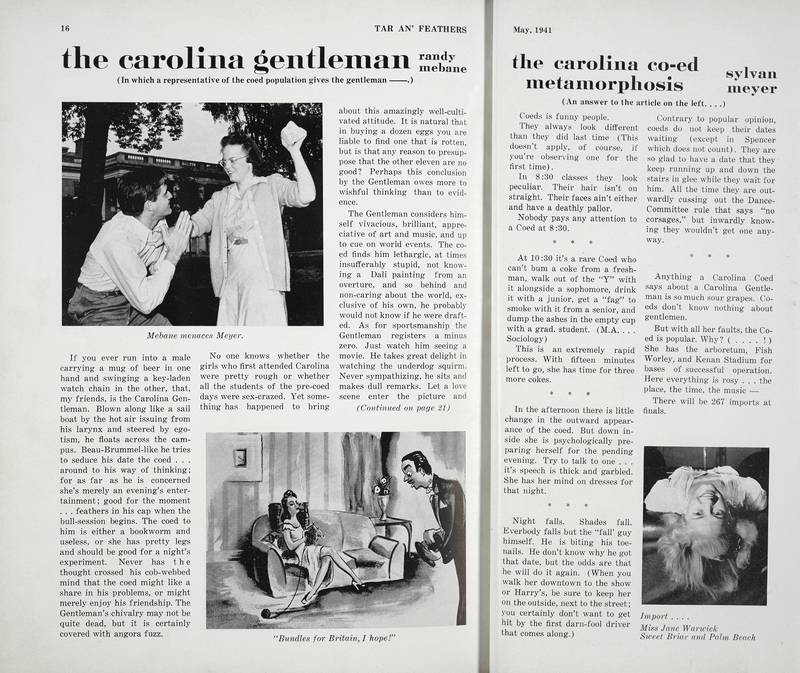 Tar an' Feathers magazine and coeduation

In the decades between the world wars, female students were matriculating in greater numbers at the University. “Co-eds” had limited opportunities for free expression on campus, an issue which was compounded by the sometimes problematic representation of women in humor magazines and other student publications.
The Tar An’ Feathers was a glossy humor magazine containing articles, many photographs, and some sections of short jokes and poems. The magazine included a regular feature, "Confessions of a Carolina Co-Ed," and other writings that discussed the interaction between male and female students at Carolina in the early 1940s.